As I write this post, I am sitting in an Italian train carriage. The countryside is whipping by outside as the train speeds along towards Naples. I can see the endless vineyards, dotted with little villas, a splash of golden orange against the greens and grays. We are en route to our final city of the voyage, Sorrento, just south of Naples. It promises to be quite fun, especially if the weather cooperates. We have a four person apartment with a terrace overlooking the sea.

This morning, we awoke, got ready, ate the hotel breakfast of coffee and pastries, and headed for the train station. We then deposited our bags in a holding area, caught a subway train to near Vatican City, and walked to St. Peter's Square. We had expected to not encounter much of a wait, (this being a Wednesday morning in late October…) but there was a pretty long line to get in. We waited to enter the square and upon our entry, we immediately realized why the crowd was so massive today; the Pope was giving a speech!

We explored the square, took some photos, and marveled at the massive crowds and immense structures. Though we only had a short time, it was well worth seeing and we were pleasantly surprised to get to see the Pope speak. (This did, however, mean that the Basilica was closed to us, but that just means I will have to visit again someday soon.)

Rome wasn't built in a day, nor can it be seen in just two, but we really enjoyed seeing the parts we did. We saw the Coliseum, we saw the Pope, and we managed to see countless other ancient buildings. All in all, a pretty amazing city. Onwards to relaxation! Pictures below, per usual. 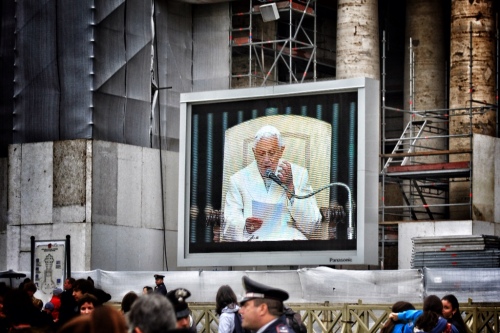 Pope on the big screen 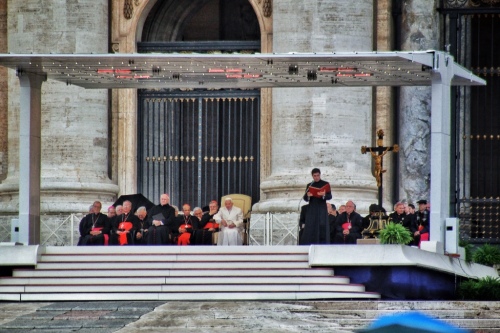 A Mass for the masses.

Cropped and zoomed from above photo. 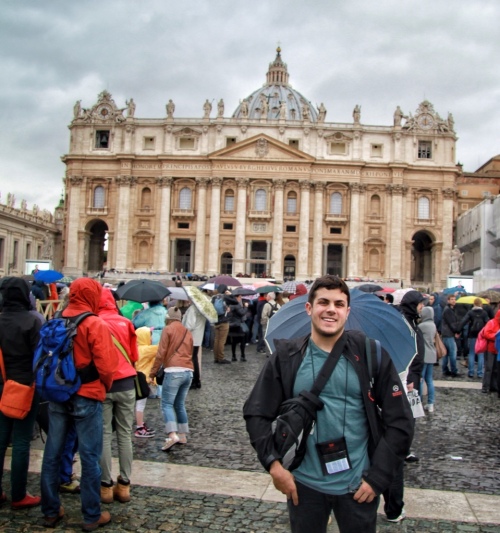 Amid the sea of umbrellas

One thought on “Viewing the Vatican and the Train to Naples”