Today was an action-packed day! To show Georgia and Natisha the full London experience, we went to the London Eye, looked at Westminster and Westminster Abbey from the outside, took pictures at a classic phone booth, and even ate some awesome fish and chips!

We began the morning with a tube ride to Westminster. I chose our exit from the station carefully, so we would emerge directly below Big Ben, an awe-inspiring sight especially after emerging from the Underground. We then made our way over to the London Eye, bought tickets, and headed on up to our car in the massive Ferris wheel. It was amazing to see London stretched out below us for as far as the eye could see. The city looked absolutely beautiful in the morning light. Though it was a bit pricy, the Eye was absolutely worth it!

On a lighter note, we then swung into a phone booth near the tube station to take another quintessential London tourist photo. After all of our Westminster adventuring, we were extra-hungry, so we ventured to The Golden Hind (currently holding the crown for best fish and chips in London in my book) for lunch of fish and chips with mushy peas, tartar sauce, and vinegar. It was as good as ever, and the massive portions of white, flaky fish and perfectly made sides reminded me why this was a great place for fish and chips.

Finally, I headed to class and the gym, per usual. I then made Mac and cheese for dinner, which we all enjoyed as usual. It was so fun to have an extra-packed house!

All in all, another great London day! Pictures below! 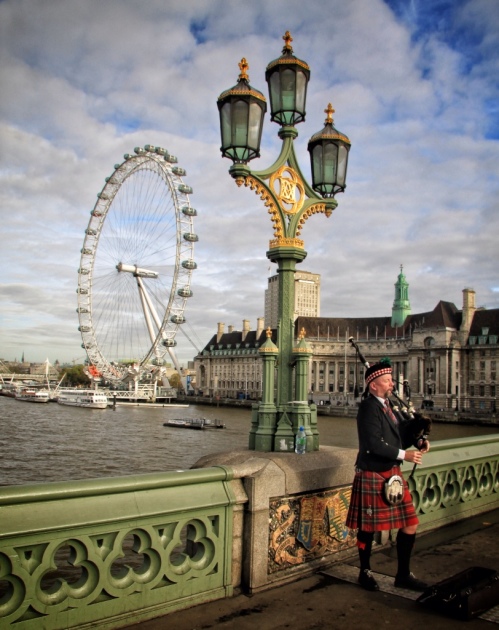 Walking to the Eye

Westminster from the Eye

On Top of the City 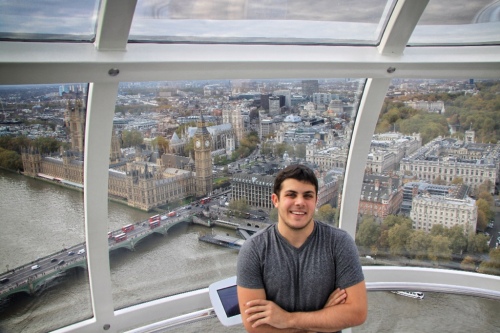 Hanging Out above the City

Another View of Westminster 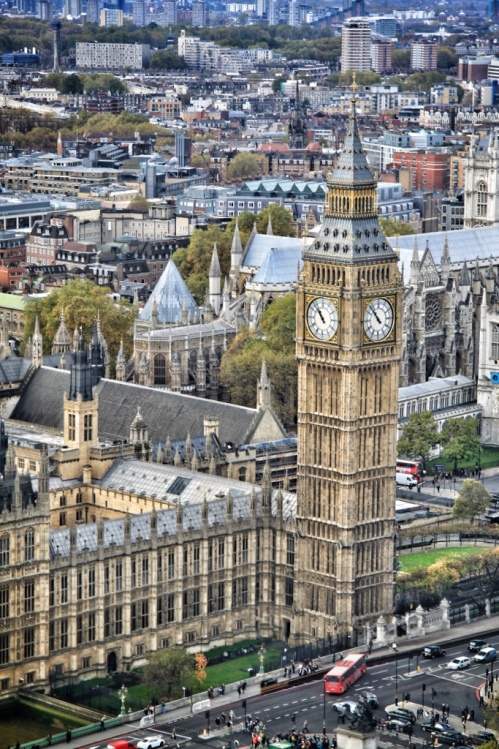 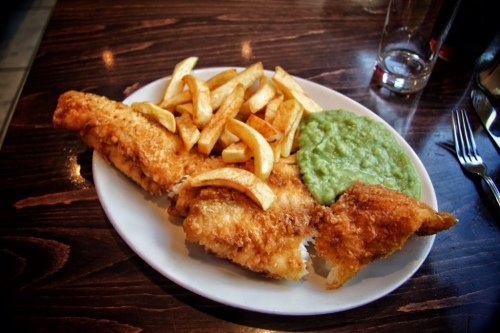