Today was a glorious celebration of 12/12/12. I visited Stonehenge (one of my life dreams), as well as the nearby town of Salisbury and the castle ruins at Old Sarum.

I began my day early this morning by catching a bus from Victoria Station in London. I enjoyed the nice, long bus ride to Salisbury by reading, working on a paper, and sketching in my notebook. Finally, I arrived in Salisbury and bought my combination ticket to Stonehenge, Old Sarum, and the tour bus. There was a bit of time to kill, so I meandered around the local Christmas market in the town square. I found a little present for one of my readers out there, so that was exciting as well!

Finally, the tour bus departed and I enjoyed the ride to Stonehenge and all the interesting facts the tour told us along the way. Apparently, Salisbury was a major strategic location in World War I and II, serving as a mustering point and training ground for the Allied Forces before they shipped off to continental Europe. As Stonehenge approached, we learned a bit about its evolution and what little history we know. The technological achievement was amazing at the time, and even holds up today. (An attempt to move a similarly large stone in the early 2000s in a historical reenactment ended in total failure.)

At long last, we finally pulled up to Stonehenge. It was truly amazing. The massive rock pillars stand in a wide open field, dwarfing everything around them. Majestic, ancient, and imposing, they are like nothing I have ever seen. They seem almost out-of-this-world and as old as time itself. This feeling was augmented by the Wiccan/Pagan/Druid followers that turned out in a sizable number to celebrate the occurrence of 12:12 on 12/12/12. They brought incense and chiming bells, and also organized a rhythmic chant amongst themselves. As the minute drew close, everything but a low hum from the bells went silent. Then, as if on a cue, the sun burst from behind the clouds, illuminating everything. It was one of the most magical moments in my life. 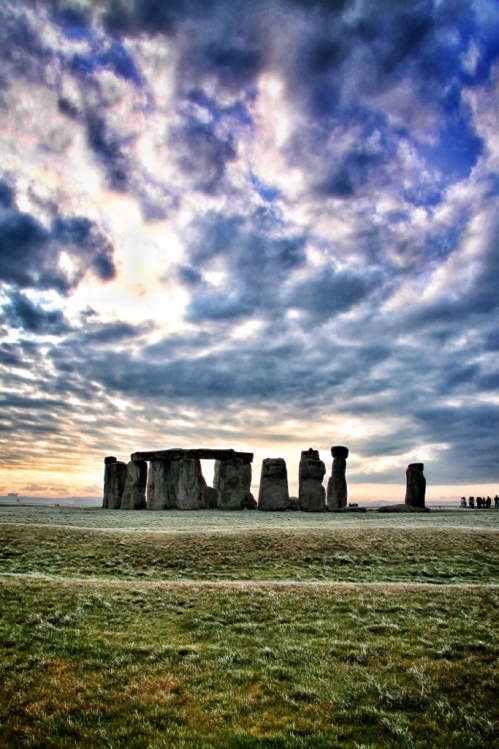 After that, I walked around the structures, taking tons of pictures and enjoying the moment. Stonehenge is incredible, and these pictures don't even begin to do it justice. The sense of something bigger than the individual is unavoidable as one gazes upon these ancient monuments lost in time.

Post-Stonehenge, I made my way back to the bus, which took me to Old Sarum, a massive hill complex that holds the ruins of a castle used by William the Conqueror in the 1080s. It was really beautiful and peaceful, and offered an excellent view of the surrounding countryside.

The last cool thing I had to see was the famous Salisbury Cathedral. It towers over the city and dwarfs everything in sight. It was absolutely gorgeous. After snapping a few pictures, I walked around the town, finally warming up with a little coffee at a cafe before heading to the bus.

All in all, a wonderful day. Only a few left. Pictures below! 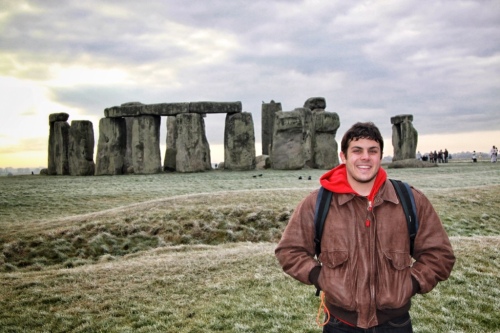 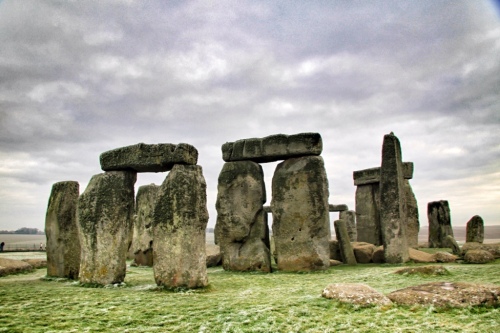 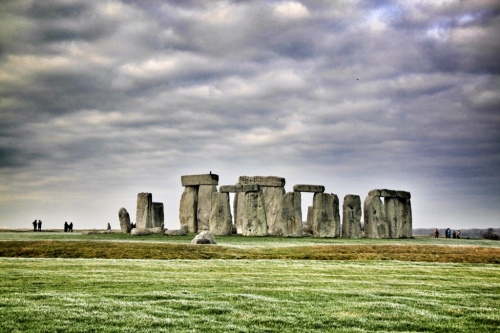 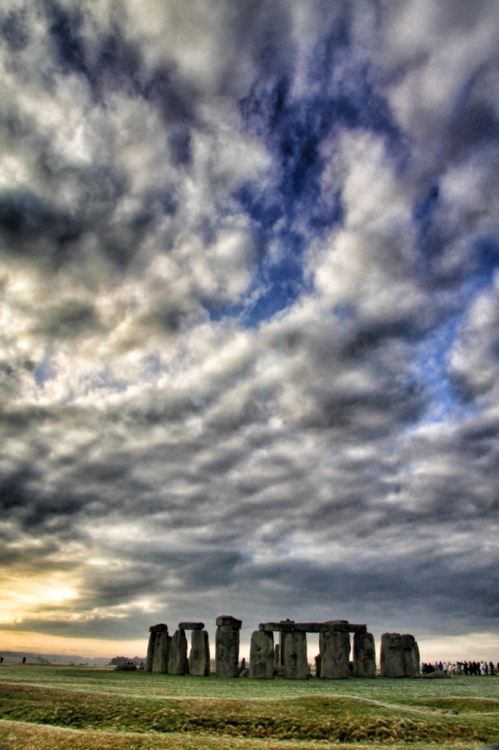 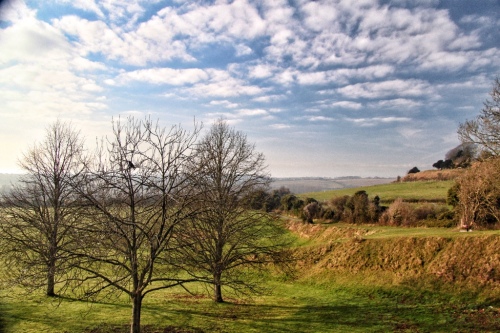 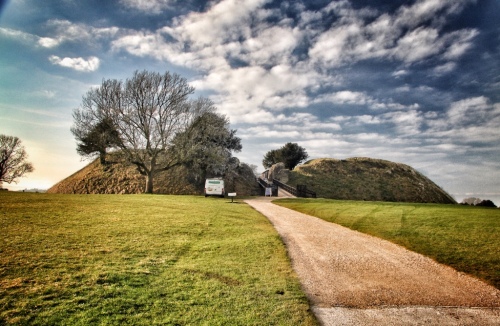 Heading up to Old Sarum 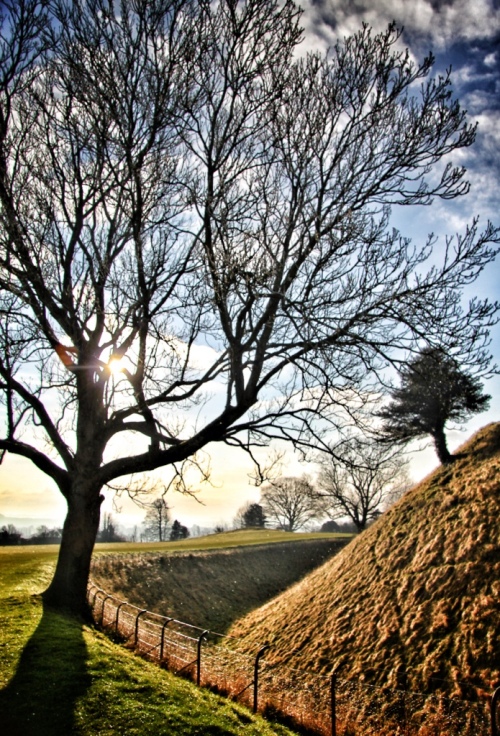 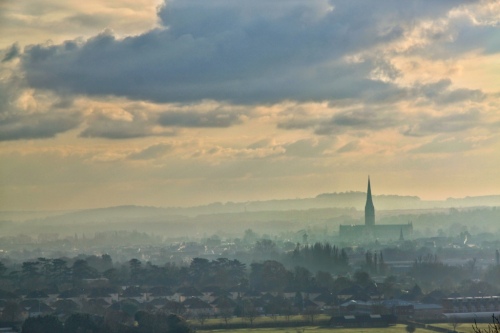 View of Salisbury from Old Sarum 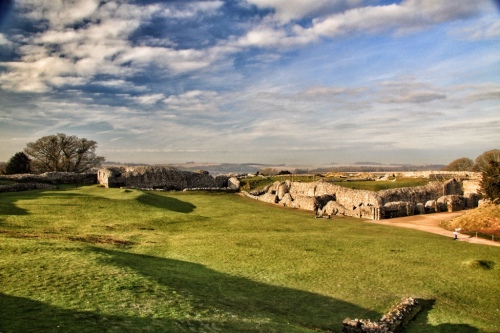 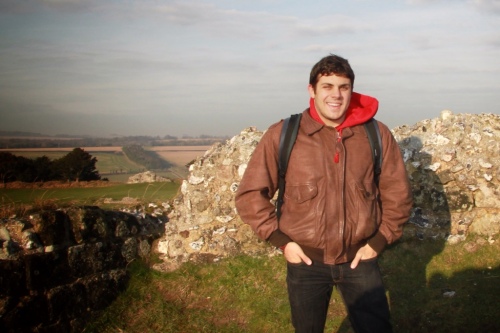 Adventuring Amongst the Ruins 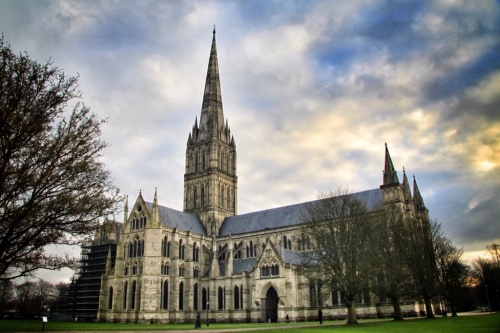 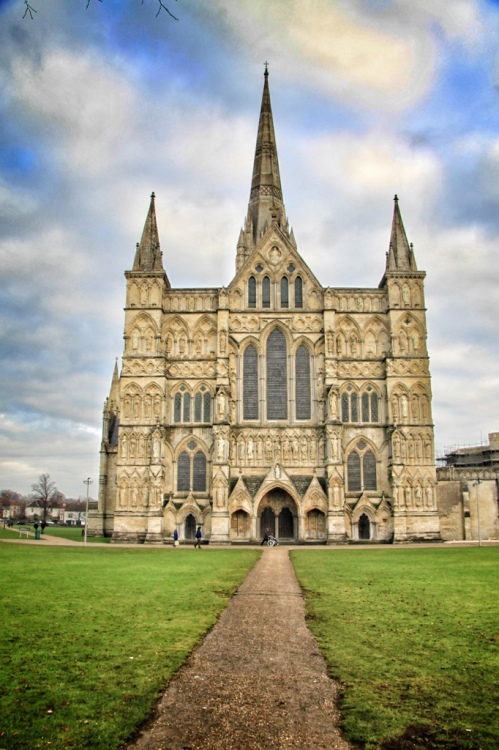 View from the Front

5 thoughts on “Adventures at Stonehenge!”